Exorcised By A Kiss Lyrics

Exorcised By A Kiss Lyrics


Another day on the tiny island where the bombs refuse to blow in churches...
I'm going by boat to a beautiful place.
Where the sea is so full of yachts and boats that the smell of petrol wins the fight
against the smell of the sea.
On another coast I see a diver drowning a helicopter flies him to his new home
no rain is falling to kill the tropic heat, but today it could have saved some lives.
Back in the night I see a jealous husband shoot his young wife three times in her head
drowning, hanging in her own blood, her mother will cry for a weeek or too. Tourists all over the place like a million ants in my bedroom
nice apartment-blocks will give them the room to roam
while all houses of character get ripped down
for the aunts of the ants.
I can't stand it - a dozen vodkas later in my club
I hit a guy, go wrong and mad a bouncer knocks me from the back
my lips spit a bit of blood, I decide to take a cab back
On the way I se another local using his knife...
Another day on the tiny island where the bombs refuse to blow in churches... 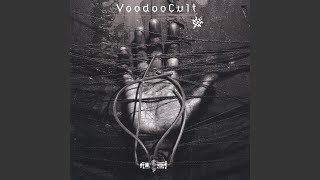 check amazon for Exorcised By A Kiss mp3 download
browse other artists under V:V2V3