They Know Me Lyrics

They Know Me Lyrics


He slips in through the back door
and helps himself to the patients' medicine.
And he likes to look important.
And he always looks like he's important.
And each tale that he tells of the lives that he's saved
is a spade full of dirt as he's digging his grave.
And the deep blackened hollow he's patched with a badge
is the happiness he's never had, and he says,
"It's all right, they know me here.
It's all right, they know me, they know me."
His flames are yesterdays tinsel
and his belly's the sail that propels him
onto the rocks.
And you know that even the noble Don Quixote would call him a mile away for a windmill.
And each Sunday that passes he's rid of his sins
and he's ready to do them all over again.
And God won't be mad for the money he stole,
he put some in the offering bowl.
And he says......
Soon comes the moment that all souls await,
just as sure as St. Peter will padlock the gate.
But deep in his wallet's a shiny new coin
so, he turns and he winks and says......
Devils, for liars, put brands on the fires
and everyone burns with your glowing, red name on it.
Finally, you've come to a place where they
know you well.
Explain lyrics
Correct lyrics 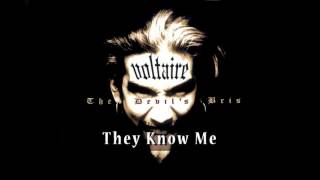