I heard the voice that early spoke to me
Talking about the man that I should be
Each of the signs I read became my friend
Indeed, in need, together to the end

Here I stand, my feet on the road
Stepping stone to my holy isolation
Life is nigh, I am nigh and far away
From the holes, as safe from any exploration as I can be

"Our gods are dead and will be", thus spoke Zarathustra
"Won't hear the bay, as the rays are falling down"
You should try and fill the abyss there, Zarathustra
And build it with rocks of fire, your own empire

In the beginning, a full cave I saw
Meaning and purpose draw the walls with awe
Then day by day, well, they were less and less Now walls are blank, and I get ready to undress

Here I stand, above of you all
To enlighten the entire population
When I die, I won't fly, that is end
Neither you 'll find any self-consolation, nor I

Jealous of the ghosts and the plants
Of the blind that pray to the air (They pray)
Their fairy lives (Haha)
There is nothing more to my carrion eyes
Take one (Take) step (One), stop (Step), go (Stop)
Revise, rewind, reprise
Stuck. Am I going anywhere? (Nowhere)
Romanticized? (Raw)
Nothing anymore. A bunch of aerial lies
I want to believe
I need to believe
I cannot believe, I cannot! 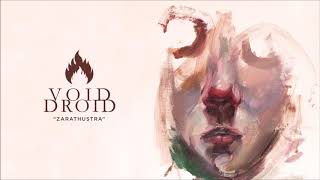