The art of war is of vital importance to the state.
It is a matter of life and death,
A road either to safety or to ruin.

Treat your soldiers as your beloved children
And they will follow you into the deepest valleys.
To defeat your enemy, you must pretend inferiority and encourage your enemy's arrogance.

Making no mistakes is what establishes the certainty of victory
for it means conquering an enemy that is already defeated. There is no instance of a nation benefiting from prolonged warfare.

Speed is the essence of war.

The art of war teaches us to rely not on the likelihood of the enemy’s not coming,
But on our own readiness to receive our enemy;
Not on the chance of our enemies not attacking,
But rather on the fact that we have made our position unassailable.

The general who advances without seeking fame and retreats without fearing disgrace,
Whose only thought is to protect his country and do service for his sovereign,
Is the jewel of his kingdom.

The victorious strategist only seeks battle after the victory has been won
Whereas he who is destined to defeat first fights and afterwards looks for victory.

It is only one who is thoroughly acquainted with the evils of war
Who can thoroughly understand how to profit from waging war. 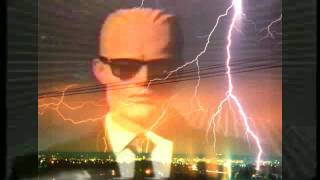