[Verse 1: Jamie Graham]
There is something to be said about resilience
The more it hurts, the greater the resistance
But I can't shake the fear in my subconscious
Everything you are is toxic, I close my eyes
I dread the torment of the war yet to come, I'm paralysed
Visions of demons tearing down the walls around my heart (Run)
There's no place better for these things that I hide
Than in the darkest reaches of my fragile mind

[Chorus: Jamie Graham and Ben Mason]
And when the nightmares return
You will have nowhere to run
Ire

[Verse 2: Ben Mason and Jamie Graham]
Black void, you're singing to me, it's so easy
Hypnotise me as you render my mind weak
Suffering in an anchored state, regression
Pulling me into depression, I close my eyes
A flame chain on my lungs, it burns me from the inside
I'm paralysed
My eyes fade into the blistering fire (Run)
A haze I forever desire
Mind abort me from this callous husk

[Bridge: Jamie Graham and Ben Mason] I'm sick of lying awake at night, seething
Made my home in a world of collisions
All the things that I feared came to being
A victim of my own visions
The taste was sweet and the route was certain
Now it's treacherous and twisted
There is no real course of action now to take
But forget you were there, forget you existed
You f*cking fail me
Ire
Bearing down on me
Ire
End this misery

[Chorus: Jamie Graham]
And when the nightmares return
You will have nowhere to run

[Outro: Jamie Graham and Ben Mason]
Ire, ire
And now it's finally done
You aren't a friend of mine, no friend to anyone
This has taken too much, more than I can allow
It's hard to feel elation with all that weight on your brow
And now you're finally done
A danger to yourself, a ticking time bomb
It's no surprise your life is f*cking heading south
It's hard to smell the roses with all that shit in your mouth
Explain lyrics
Correct lyrics 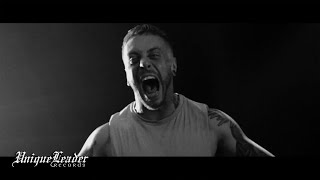