Still Fighting For A Future Lyrics

Still Fighting For A Future Lyrics

Then out of the 80's a new breed emerged
Pissed off, angry, f**king kids the voice was f**king heard
Voice of a generation they speak to us today
Inspiring us to stand strong and have our f**king say
Inspired by the elders they took punk to new levels Pissed off, angry, loud and fast, they smashed the f**king levels
The press said punk was dead so they took it to the streets
This was 1982, the kids out on the streets

The music saved our lives and forced us into battle
A battle we can't win a never ending struggle
Punk opened up our eyes to so many f**ked up things
But we can never be at peace we're constantly at war
A war against the system, a war for what is right
We'll play our music, have our say, we're gonna f**king fight
We'll carry on the banner for what punk should be and was
Even if we're the f**king last we won't give up our cause 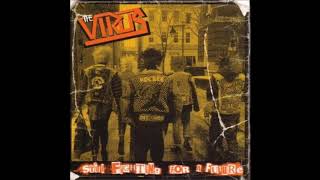 check amazon for Still Fighting For A Future mp3 download
browse other artists under V:V2V3