In the dark of the night, he would stay awake and write
At the rallies he would raise us with a song!
He would roam through the land, and like Woody he would stand Cause he wanted people's struggles to be strong! [Chorus]

Seems like just the other day, he went down to see Chile
Victor Jara and he sang side by side!
Itt, the cia, and the Junta had their way
But the dream they tried to kill still hasn't died! [Chorus] 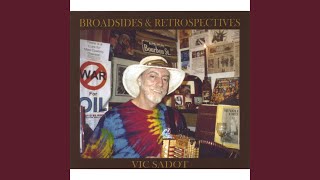