She keep calling me "Folkz", I said "That's not my gang"
Chief Malik, I keep his books paid, that's how I bang
She a bad bitch I'm a savage Tarzan & Jane
We got python Louis luggage that's Snakes On A Plane, aye
I'm hoppin' up outta the jet
Pardon my French, I'm stackin' my bread, my wrist got a lot of baguettes
I don't gotta talk about shit I've been doin', ain't catchin' a body on text
They catchin' a body for me, if I'm catchin' a body at all, like Roddy I'm rich
Kado waylin' he bought him a TEC
He talkin' bout, "Vic let me kill the nigga"
What I look like riskin' it all for some racks, when I done made millions nigga
Paralyzed from the waist down, when y'all rap, I just don't feel these niggas
Savemoney Roc Boys, we in the house, we in the buildin' nigga
Got my weight up I'm still gettin' bigger
Nate Nate if I steel these niggas
Got 20 pounds in my basement, I'm the real Big Tigga
And that's straight exotics nigga
Got cakes and Scottie Pippen
Slight 80 bands if I charge you what I'm chargin' niggas
Took an L went harder nigga
Four things in the trunk, just me and four
I feel like Blood graffiti 'cause I'm always overseas
I be with Lords and GDs and BDs they throwin' threes Like Chano hat, that's no cap, I'm relaxed in the trenches
Switches on straps with extensions
Sit a nigga down, put his ass in detention
Master my skull, so I match with the MisFits
Mashin' the Aston, my gas is expensive
93 Boyz, it's a pack of emissions
I'm addin' up that tax, I'ma mathematician
I get underneath they skin like a nail technician
I bet niggas goin' listen when that Kel-Tec spittin'
I'm still just riffin' kinda like Steve, oh that's Rifkind
Been runnin' in these street so long I tore a meniscus
These niggas all sweet, I call these boys hibiscus
SK on my shoulder, it look like I'm throwin' discus
Vic wit' Hit-Boy on the beat, I Hit 'Em Up like 2Pac
Only thing I hate more then one police is two cops
Got two of everything, two watches, two cups, and two Glocks
Rest in peace Pappy, in all white like I'm MENSA, on my pops
I invest in killas like one might invest in stocks
The only difference is it ain't them that goin' drop, it's the opps
Y'all keep takin' shots at me, you might end up in Scotch
I mean tape around your block, I tried to warn you niggas, stop
Oh now it's too late, now you on the news at 8 on FOX
You on CNN we BPSN and that's just how we rock
Explain lyrics
Correct lyrics 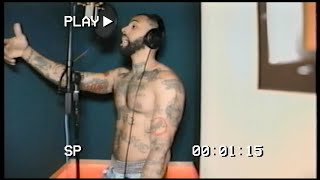