Children Of The Sun Lyrics

Children Of The Sun Lyrics


[Verse 1]
Listen, we the children of the sun, nigga, shine brighter
He the beatmaker, I'm the rhymewriter
Yo, check your cell, I got it locked like a crime fighter
I scribble legends of the future, I'm the time writer
Walking through the broken pieces
I break bread with gangsters, bankers, bosses
Reach the unspoken speechless
Whole court of the streets, middle finger to my teachers
Flirting with the bitches in the bleachers
Ooh, what's new? Heard you been working on some ill shit
Niggas say y'all bringing back that real shit
That's right, yo
Let me get my moment, time to put the bitches on it
When you stacking dollars
Saving money you'se a big component
Me, I'm in it to own it, ain't fixated on no short shit
Niggas don't like it, f*ck 'em with a horsedick
Who drop heaters? of course, Vic
Niggas making their music constipated, they force shit
I let it flow, inhale the weed then let it go, that medical
Grown niggas can't get into places I already go
My nigga, let it go
You scary otter, I'm Harry Potter
You petty Peter Pettigrew
Ain't never tripping about a silly hoe Said listen when I start ripping
But holla if you hear me though
I f*ck hoes, eat cheerios
Said she could eat breakfast
But I told her I'd be strizzy with some cereal
Here we go, hold up, hold up
Let me get back, watch your back
In the city where the semi klick klack
Oh, read it, my nigga interview that
SaveMoney to the front, get with them or move back
Oh yes, it's KTD, we in the trap
She said she like the way I rap
Girl you should see me in the sack
Oh, now drop it back low
Swimming in the women like a tadpole
Know a couple hoes be doing mad blow, it's sad, yo
I put it to the back burner, habitual sack burner
Revolution; Nat Turner
Fast learner and regular cash earner
Trying to turn the game into some different shit
Spit that shit reflect the situations that we livin' with
Tell 'em something significant, get us out of this deficit
Up from out the depression shit, off of all of that extra shit
I ain't saying that shit ain't cool, we just need less of it
This is the New Testament 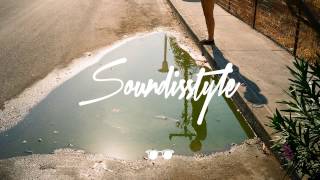 check amazon for Children Of The Sun mp3 download
these lyrics are submitted by BURKUL3
browse other artists under V:V2V3