Starlight On The Rails Lyrics

Starlight On The Rails Lyrics


We walked along a road in Cumberland and stooped,
because the sky hung down so low; and when we ran away
from London, we went by little rivers in a land just
big enough. And nowhere that we went was far: the earth
and the sky were close and near. And the old hunger
returned - the terrible and obscure hunger that haunts
and hurts Americans, and makes us exiles at home and
strangers wherever we go.

Oh, I will go up and down the country and back and
forth across the country. I will go out West where the
states are square. I will go to Boise and Helena,
Albuquerque and the two Dakotas and all the unknown
places. Say brother, have you heard the roar of the
fast express? Have you seen starlight on the rails? I can hear the whistle blowing,
High and lonesome as can be,
Outside the rain is softly falling,
tonight it's falling just for me.

(Chorus)
Looking back along the road I've travelled,
The miles can tell a million tales.
Each year is like some rolling freight train,
And cold as starlight on the rails.

I think about a wife and family,
A home and all the things it means;
The black smoke trailing out behind me
Is like a string of broken dreams.

A man who lives out on the highway
Is like a clock that can't tell time;
A man who spends his life just ramblin'
Is like a song without a rhyme. 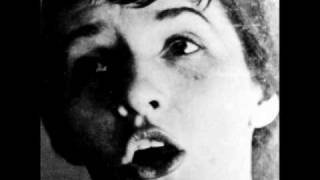