[Verse 1:]
The blue mountain blood,
That run under my city skin
Lost in tell-tale signs and fitting in
Where I'm from is a part of me and i ain't giving in
More than a recollection up in your memory bank
My background led me to lower the tempo (its true)
Like a wound bag brand new you're retro
Trikky got it slow as I like, and on that note
That's why I like blues, reggae, rock, steady and folk
Somehow it made me feel like I'm at home like
The pace of the last style space in the road
Being on top of the mountain, the place of the know
Being on top of the world when you're basically broke.
Never set my mind to shoot for the stars,
Went through a phase of pool, jukeboxes and bars
Cheap wine and four litre cars
Go on a half-pipe passed, black flag, nah's
Bout the only time the beats got fast
I had my long hair black that was punk rock making a mark
Slow it down till you're makin' me laugh, but hey,
Don't slow it too fast you never know cause

[Verse 2:]
Year 12 finished, man half of us failed
And it's hard to keep on course when you're way off the rails
The pace that you pick up pales
In comparison the kids that learned quick with winning the sales
I had to balance the scales,
Always have always will at the end of the day it's my holy grail
It's my skill never passed the post first
That'd be unreal I will pass that post fulfilled (no doubt) In Katoomba, yo they tried to make a roller coaster
A death trap for tourists, called the orphan rocker
Took a mannequin to the cliff and then up and over
Dunno what happened but I know it never opened
Hair raising just wasn't our style,
But we've sent a lot of dummies in the wild
Even though the strobes and the lights take a moment in my life
I'm coming back every once in a while

[Verse 3:]
I was ready when the city called my name,
Looked back at the blue from where i came and
Flickering lights in Parramatta road lanes
We rub our hands together to feel the flame
I thought it wasn't mine, I phoned from an outside line
Outsider to a fault default to find, a feeling with fam
I found i can stand behind, some of our soul brighter than our soul is to shine
Took it for granted man, Took off and landed man
Never been the type to abandon it,
Got up and ran with it, two of the same with it,
An unforgettable bond with them that we banded with
Went to sleep just to dream... The audacity about with no self esteem
Once that was me and all of this unforseen, now i got an ego and i just keep it lean
With a whole lot of love for the mountains in my blood,
Little bit of Bradbury, Campbelltown what's up?
Do it on my own terms till time is up, yo guts drop the drums let's bring it back a touch, come on

Let's do it
Let's get up on this orphan rocker
Let's see where it takes us
Let's see if it's for real
Let's head up to the cliff and find out, come on 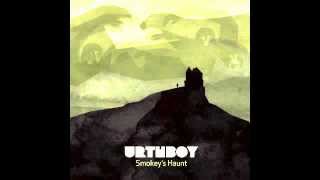