There once was a kid who lived just down the street
A quater block from me
He shaved off his hair, put boots on his feet
And said this was his country
The day came around and the shit all went down
And too late to see the light
He was caught up and shot up in a fight
Won't you close your eyes
There once was a kid from South Central L.A.
Who threw up his set all day
All dressed in blue nothing to do
Said "hey man, what set you claim" The blood pulled a nine
And threw up his sign, then let the trigger slide
And he was, caught up and shot up in a fight
Life can get cut short so
Try to stay in line
You wanna be a man
But this shit happens all the time
So let's just all hang out
Don't give a f*ck about what they say
Cause they're all lame
And we're all still the same
Won't you close your eyes 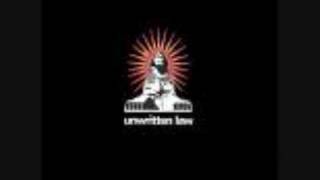