Into the shadows of life to which we've been driven
In the ruins of Eden to which we have come
Under bleeding skies still writhes this tortured land
And this world without end stands forsaken
And we forget, have we gone so wrong?
That onward we march, lost and enslaved to their
culture's carrion song

The truth in the silences goes unheard, as we drown in
their hideous faith
For they've built up their temples to slavery, and the
stench of deceit
suffocates

(their cold kisses taste of blood and despair)

Burn, burn with the fires of change 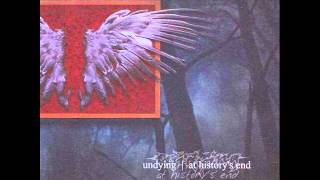