No matter how it's read
Only so much can be said
About subscribing to a point that has no ground
No matter how it feels
Your speculation isn't real
Nothing can be guaged until it comes around
When all she wants......
And though the end may seem divided
Every story is two sided
But it's only yours you'll know
And truth be told if you are willing
Then that promises fulfilling
Is what only time could show
Explain lyrics
Correct lyrics 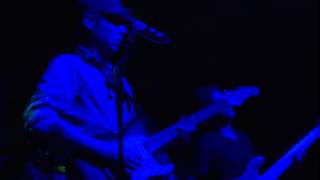