Yeah, here we go
It's going down tonight (tonight)
Come on yo, it's only right (uh huh)
This the jump off, shake ya ass off
Back off, we 'bout to blast off
It's ready to blow, getting outta control
Like Iron Mike when he's out on parole
Something brand new to get them in the mood
Yo Pub, tell the people who we're sending it
This one goes to all of y'all
Who thought Grand Puba was 'bout to fall
Haters, me fall, you out your mind
You got a better shot getting some ass from a porcupine
We keep it movin like a Hula Hoop
Cause Einstein brought a loop that's tighter than a scuba suit
No dress code, no ID
It's a house party so you get in free

Einstein is ya with me
(If you like it come on, get with it now)
Burnin hot from the t-o-p
Pops shot me and my moms just caught an STD
Fake cats don't like me
Cause I put it down real on the CD Like a nigga Spike Lee
Hookin like Nike
Golddiggers don't play with my paper
Cause they know I turn Ike T
Nike with the mic B
If you lookin for one of the best in the world
You're barkin up the right tree
I got moves like Tom Cruise in Cocktail
Blaze on any stage, provin that I rock well
From my lung to the tip of my tongue
I exhale then excel when the record is spun
Showtime, I check the setlist
Then I rock the mic from right hand to left
It's like I'm ambidextrous
Ready to get this crowd to react to the track
And make 'em say (come on back)

The A side took you on a trip
But this is for the flip, like your middle finger tip
In flight, ready to strike like a meteorite
What time's it going down tonight
I'm gonna wait till the midnight hour
I'm gonna do the damn thing
Busta (quack) and take a shower
We dealin with the wisdom power
We rock and make the crowd get louder
You know we too sweet to be sour
See you next time and we out like a prowler (shhh)

We gonna get it jumped off
Grand Puba, Ugly Duckling
2K3, 2K4, still in the game nigga
That's what's up, that's what's really up
Grand Puba style
(If you like it come on, get with it now) 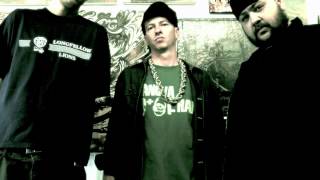