It's about that time
Dizzy! C'mon c'mon c'mon
Dizzy! That's right, uh-huh [boxing bell rings]
It's like I want to eat his children, I want to have his heart
I'm ready

[Verse 1:]
It's on tonight, when we get on the mic
Step again I bring fright like pirahna bites
Slice with precision my rhythm and rhyme interlocks
And drops HEAVY, hittin harder than cinder blocks
On the march like a mastadon
I'm strong and built to last in this rap-a-thon
So pass it on, I bring heat like twin holsters
Roast a hype beat like a bath full of toasters
You want a fair one? (Next) But you're scared run
Quit then admit you get lit like a flare gun
Your little rap on this camel's back
You can add a million of 'em and I handle that
But you you got no spine, and me when it's showtime
I keep the crowd groovin 'til they hang up the closed sign
Guys and girls dancin {OOH OOH}
So "Doowutchyalike" but don't touch the mic
Just watch nice and close like microscopes
As I go set to blow like isotopes
Poppa got a new pair of shoes, to catch caribous
With the verse so sick I took Theraflu
Andy Cooper! I don't need a alias
Stun anyone in a hundred mile radius
Cause I come off, quicker than a Snapple top
And catch jock like Germans on Hasslehoff Daaaamn! Dizzy! Where's Dizzy? Diz?
Whassup man? What'chu got?

[Verse 2:]
Let me interrupt and cut straight to the chase
Straight to your face so you make no mistakes
I can take a microphone and snap it like a styrofoam
Cause my style's off the hook like a dial tone
I'm pure blend, you're decaffeinated
And you're stickin out your neck to get decapitated
You have to hate it, bro you oughta lock your jaw
As the rhyme scheme drops like "shock and awe"
I'm a vet when it comes to a mic check
With no interference I get clearance from the flight deck
Cause I'm well known in the field of hip-hop
You can check my profile like Alfred Hitchcock
My tongue becomes a switchblade, it cuts ya down to size
Competition gets played, that's if they survive
I'm ready to attack so I'm throwing on my hunting cap
And count you out like a jumping jack
Or better yet Tae Bo, rappers are oblivious
That I can get a live show movin like giddy-up
Who'd they come to see? It was me, not you
Now you must confess I'm blessed like HA-CHOO~! [echoes] 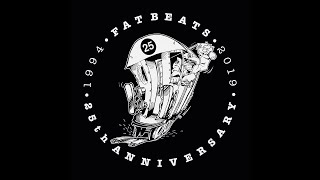