[Part 6: Tyler, the Creator]
Oh, you the motherf*cking man, huh?
Oh, you be f*cking bitches, counting all the bands, huh?
Oh, you be trapping out the bando selling grams, huh?
Oh, you be smoking, drinking lean, and popping Xans, huh?
You see, that's the bullshit that I don't need
I'm telling y'all niggas, y'all ain't f*cking with me
See, I look in the mirror and he said, "You are the man"
And I said, "Hey man, I agree"

[Part 7: Tyler, the Creator]
Rocks on rainbow, Ben's a nice fellow
Your neck reflects yout personality, and mine is yellow
Boy, I hit the block, like I hate Legos
They know they got thirty seconds, Jared Leto
Before they see some halos, and I reload the ammo
Boy is Golf Wang-o, and that's the squad I bang-o
I tell my f*cking [?]
Now lets reload the aim-o

[Part 8: Tyler, the Creator]
Can't a nigga get some f*cking chaos in hurr?
Want the truth in the [?]
And you can get your ass [?] like a kick in the [?]
Schoolyboy's my niggy, you know I'm good [?]
That boy's not that bad, enh, it's no biggy
It's the G-O, the L-F, we go-go, no homo
We black out, and go hard like JoJo and f*ckin' Diggy
No ship in this series, and I just want Iggy, man
We been Batmen since Batman have a sidekick
Catch me in some vans like one of them soccer mamas
[?] bitches [?] like the family went to a [?] (Oh no!)
You can't bitch, I'm a problem
You get f*cked up like the thoughts this side of my noggin
Going harder than the quidditch in Harry Potter
All my shows got one black in it like Larry David
And I'm that nigga
Meaning I'm two niggas
I'm schizo, Brent Lowe, my motherf*cking bingo
Pink and yellow on my neck remind you of my dickhole
And I don't really f*ck with you niggas, shout out to Jim Crow

[Part 9: Tyler, the Creator] Don't get offended, love being darkskinned
23 with the crib and I don't got no tenants
And I don't like sports, but the court got a tennis
Is that diamonds on your neck? Stay the f*ck out my bidness
See, that's the cherry bomb, get my burr on
That's McLaren, [?] chevron
Motors Flog Gnaw, Vans on, f*ck your Jordans
Went from throwing up to throwing carnivals (Yeah, nigga!)

[Part 10: Tyler, the Creator]
Boy, I'm a sicko, flacko nigga but kinda macho, boy
I got some vatos shadow [?], he kinda loco
Pack a [?] pistol, we splitting nachos
Then for that cheese, boy, he [?] some shells just like a taco
So grab your goggles, nigga
Taco Tuesday, you don't want none of that
Have you heard of Fairfax, boy, we was running that
Nigga took the store from us, yeah, f*ck all of that
(Man, he really took the store)

[Part 11-12: ScHoolboy Q]
Crack a cracker with a barrel
Gang bang tattoos, this ain't a Louis rag
[?] got me crip crazy
Pants heavy sag to the left
With the belt strapped, no face mask, nigga, just toe tags
Still the blunts getting past ya
Ain't worried bout no niggas, nigga
Grieve over suckers, gunpowder on my knuckles
Call the ambulance, I'm from the era of crip walking
You was clown-dancing
You wanna be me, huh?
Cuz is wack when he raps, and what he rap, he ain't done
Top Dawg, Wolf Gang, smell the cat on your tongue
p*ssy boy you f*cked over, nigga, control your gums
Teeth missing, moms' won't recognize your face when it's done
My square homie's license, double life in my trunk
Mind, power, body, and soul, we break handcuffs
Got a strike on my record, double cups, and duck
You want the life like us, you need to crip that coast
You want to steer that wheel
You want to smoke that kil'
Well who am I? 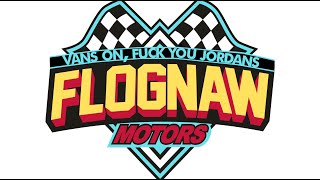