[Verse: 1]
Geek, fag, stupid loser find a rope to hang
I’m not bipolar, see I'm just known by those couple names
I wanna tell my pops but shit, he’ll probably say the same
f*ck... Hated by everyone that's the way it seems
I don't know what's shorter, is their temper or my self esteem
I sit in my room and I listen to tunes, I’m amused alone
Because none of the cool kids would let me join a team
Depression on the stalk again
My best friend is an inhaler because it will not let me cough
Whenever I am losing Oxygen, bully hand around my neck
Because he felt disrespected when I decided to talk again
I brought that on myself, see I should know my place
But not at lunchtime, see
I know better then to show my face around them
But the day I do it will be everywhere
When I share these feelings Finally they gon’ f*cking care

[Hook]
Grab a couple friends, start a couple riots
Crash a couple-
Gather all the bullies, crush them motherf*ckers
Odd future hooligans causing up a ruckus
It's Us. Nigga.
I said it's us, nigga.

[Verse: 2]
Murder, murder, m-murder the last they heard of you
Was when I… “uh” with all them burners, you
Think that I’m some punk bully bitch who ain’t gone trouble you
Well I'm gonna burst your bubble two times if you don't mind umm
“Who are you again?” I’m Sammy and that's Tyler
And we came to get wild and style in these trench coats!
Don’t start asking what's packin in these trench coats!
But just know if you start acting I'm grabbin for these trench coats!
My step-father called me a fag, I’ll show him a fag
I’ll light a fire up in his ass
And recently them assholes that be f*ckin with me in class.
So I’mma keep them motherf*ckers there and make sure they pass Huh. My prom date, she distance my offer
So I’mma — and toss her in the principles office
Oh, now you wanna conversate with me try to be my friend? (Yeah but my parents-) Oh don’t worry you will probably never see them again

[Hook]
Grab a couple friends, start a couple riots
Crash a couple-
Gather all the bullies, crush them motherf*ckers
Odd future hooligans causing up a ruckus
It's Us. Nigga.
I said it's us, nigga.

[Verse: 3]
Music had nothing to do with my final decision
I just really wanted somebody to come pay me attention
But nobody would listen, but stuffed animals that I had
Since I was a kid but I’m growing up so they missin
I didn’t mean to hurt anybody I'm sorry
I wouldn’t hurt a fly or consider joining the army
I’m hardly ever angry, roger rabbit framed me
Momma I’m the same f*cking kid that you made see?
I don’t wanna go to jail I just wanna go home
And I want those f*cking kids at school to just leave me alone
And I… I hear helicopters make them dip
I’m f*cking reloaded I told you all that I ain’t takin shit
You better backup before this mac starts to lift up
I’ll pump it like my inhaler when asthma begin to act up
The difference between us and our class is tan khakis
I got 99 problems and all of them is being happy 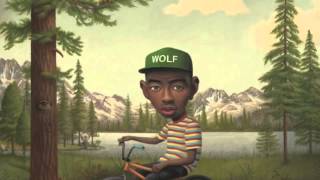