[Verse 1]
Hello, I’m a salesman sorta giant
I sell molly and mary and other various items
One time one guy came to where I’m residing
And I didn’t invite him, so instead tried to fight him
I got violent, long story short he’s not breathing
For some reason I liked it and it was really exciting
Couldn’t stop the addiction, and the irony is
A couple junkies went missing and I know right where they’re hiding

[Hook]
Dope in the bag, pretty bitch on the side
I sell dope in the back, if you tryna get high

[Verse 2]
Task force poured into my fortress
Found some lipstick, a couple corpses
Bitches was harmed and they couldn’t reach the alarm
I’m ripping sockets out like I had f*cking problems with arms
They found a couple portraits on the porch
But they don’t check up under the floor
It’s bodies and hotties and we was raging I’m gauging a shotty Hit so many bitches I was pimping like Scotty
I’m a bull, red, piss me off
Like that lipstick position when she kissed me
So I bit ‘em off, they was too soft, I’m a Wolf
And a designer mixing skin cotton leather and wool
And most people like flying kites, riding bikes in the woods
Baking cake cause it's good, I mean I would if I could
But I like playing dress up and mix match
Sorry I’mma ‘fess up, you aren’t getting your kids back

[Outro]
You need a warrant, officer
You could say I kill ‘em, if my product doesn’t
Couple basement stairs where I drug them, down
It’s pretty disgusting, finger crush your face
I’ll leave you permanently blushing, blood
Nosebleed drugs, cook you in the oven 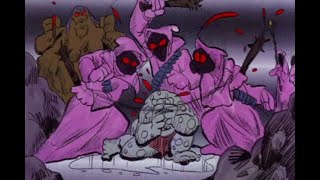 check amazon for Garbage mp3 download
these lyrics are submitted by BURKUL4
browse other artists under T:T2T3T4T5T6
Songwriter(s): Tyler Okonma