Wow, alright
I'm not bad, I'm damn good
But I'll admit I don't do all I should
I don't kill, I don't steal
Well, maybe only when I need a meal

All I'm saying's true but there's one thing that I do
And I just can't explain it, there's no way to restrain it
If I quit the rest I still couldn't pass the test
Cause I could not give up this one last thing

I'm not mean, I'm not rude
But just don't make me lose my patience, dude
I don't curse, well just a bit
Somehow "gee whiz" and "golly" don't make it

Still they say I'm bad from the preachers to my dad
Cause I can't give up this feelin', it's just so damn appealin' If they have their way I won't last another day
No matter how I try I can't stop this thing

And if they find one day that it eats your mind away
That won't change the way I'm feelin', don't need that kind of healin'
There's nothin' else I crave so I'd trade the life I'd save
For my rock 'n' roll, now come on and sing 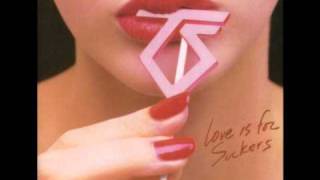