I want so badly to be liked
I ask myself, “Why was I nice?”
I ask myself, “What should I do?”
But all I know is white centrality
My country served me horror coke
My natural freedom up in smoke
My pre-polluted fetus lead us
Into the obscene, I mean I'm on a desert island and I ate up all the coral
I was so hungry but I know that isn't normal, oh no
But my behavior isn't anything but moral
So unhappy, ABC!

I called you up because we had a great connection
You couldn't hear me 'cause of NSA protection
But we'll unite before the very next election
No abstentions, vote the ABCs! 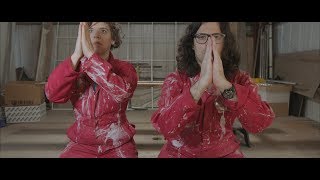 check amazon for Abc 123 mp3 download
these lyrics are submitted by BURKUL4
browse other artists under T:T2T3T4T5T6T7
Record Label(s): 2018 4AD
Official lyrics by