There's A Panther In Michigan Lyrics

There's A Panther In Michigan Lyrics


(M. Smith)
Chorus: There's a panther in Michigan. Don't that make your Halloween?
There's a panther in Michigan, although he is seldom seen
And he's following the water in the ways of the Indian,
And he's crossing the border to Indiana.
There's an awful lot of cover down along the Raisin river.
We would set up on the one side, he'd show up on the other.
I know people used to wonder why we couldn't catch the panther,
There's an awful lot of cover down along the Raisin river.
When a farmer in Manchester called, I was there in minutes,
Following the trail of feathers
Through the high grass when he screamed. Thirty-four years in law enforcement, I've never been so scared.
I could see where he was going by the way the grass was moving.
Chorus:
Now, people who know panthers say that they are lazy hunters,
And they will take a prey that's wounded over one that's healthy,
And he might take a child, playing in a sand-box,
For some kind of wounded critter down along the Raisin river.
Test drivers saw the panther at the Chrysler proving grounds.
It was during hunting season. He was out there on the track,
And he knew if he went in there, he'd be safe from hunters.
He's an uncanny animal.
Chorus:
Explain lyrics
Correct lyrics 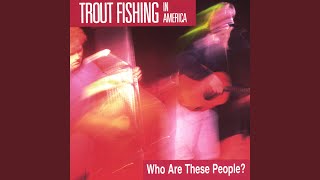