(J. Gorka)
There were flowers from the boy pigs,
Who were drinkin' in their barn digs,
In suits of powder blue,
And ruffled shirts on too,
All ordered through the mail.
It was prom night in Pig Town
There was hambones in long gowns,
With painted cloven hooves,
There was no need for shoes,
Or the curlers in their tails.
Couples had their pictures taken,
Under those clothes, the heat was bakin',
They pretended to be cool,
'Cause they'd soon be out of school,
The night of memories.
They ate with noise food by the plates full,
But on the dance floor, they were so graceful,
They'd glide without a care,
Their snouts tucked in the air,
It was a sight to see.
After desserts they bobbed for apples,
All knowing soon they could be scrapple, Another packaged processed food,
They bore no attitude,
Or grudge against the world.
The prom queen was dancing real slow,
With her silk purse and her proud beau,
Oinking low and soft,
They quietly slipped off
With her new string of pearls.
They all left in even numbers,
Some to find love, some to find slumber;
And some stayed up all night,
To greet the morning light,
And some went to the shore.
And after that the class would scatter,
>From Delaware to deli platter,
All would lose a friend,
They were noble to the end,
And never asked for more.
One little piggy went to market,
One little piggy went to Rome,
One little piggy ate roast beef,
One little piggy had none,
One little piggy had none.
It was prom night in Pig Town.
Explain lyrics
Correct lyrics 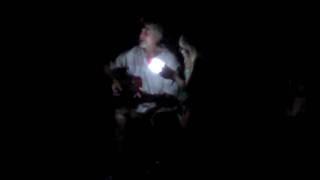