Take Me There Lyrics

Take Me There Lyrics

(I wanna see you)

Yeah.
Tell me have you ever seen a
Brother so weighted you can tell by his demeanor
That he's really jaded Tryna get out this arena
He longs for something greater but they say he's just a dreamer
But he has a treasure that he holds like gold
Cuz he knows something that them boys don't know
Nothing seems funny when his money's so low
But when he thinks about the place man he really wants to go

That he ain't all obsessed with the cash he can stack
Because he's looking to the heavens where his master is at
But he does have treasure and he's storing it up
Seems foreign to us, it can't be stolen or rust

So when the cares of this world start weighing on him hard
And he's tired of the bills he's been paying on his car
He can't wait to be embrace by the Lord face to face
So he waits for his reward and he sings:

Tell me have you ever seen her?
She's sick with a disease and it's really tryna beat her
It's taken all her strength She knows that it can't defeat her
Cuz she gon' be with Jesus
She's more than just a dreamer.

So she tells her family, "don't worry anymore"
When she's gone from the body she'll be present with the Lord
Her body will be raised, so much glory is in store
He is her reward so she sings: 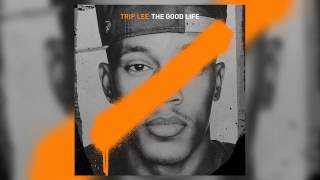