Who's the black sheep, what's the black sheep
Not knowin' who I am it's DLB rippin deep
I wasn't in your realm but I'm in your sphere
You still don't know the click but listen here
Trik Turner on the one's DBX on the two's
3's for them off beat crews like you's
back middle to the front don't front
you want a good time were gonna give you what
you want, can I get a hey, can I get a what
can I get a buck buck you know that's what I want
the styling is creative, Trik Turner is the natives
we can be violated or ever duplicated I got
nuhs from catch wreck and cousins of the
wize you know its no surprise that this shit
flies hi, yes which way, what, when, how, Mr.
Otto D. flip the track right now, I know you've
Heard the others wanna be dust covered but
Then again the choice is yours.

Where's the trick at here's the trik
And even if you wanted to you can't sound as sick
Watch us swing like this why should we
Swing it like that because in fact what yours
Might hold us back - therefore, I ignore
I do as I feel as I trust in "D" He's got my
Back tonight you know what I'm sayin' yo'
Trik I ain't play'n it's easy to roll
With this than to roll with that
With no delay and see an actuality to one
It can not be, I made it look easy because
It is to me, anytime capacity was filled, tried To rock it, anytime a honey gave us play, tried
To knock it, never was a fool so I finished
School never seen us sweat, and you never
Seen us schooled, out to rock the world
While its still here to rock, don't punch girls
And we don't punch a clock, gotta go gotta
Go see you later by the cat and you can't
Beat that with a bat

Engine engine number nine on that world wide
Transit line if my train goes off the track
Pick it up pick it up pick it up
Back on the scene, crispy and clean
You can try but don't lie because you can't get with me
We be the outcast, can outlast, and outblast
Let this shit rip and feel the rush, crushed
Open your doors you best believe we're sliding thru
Quickly, niftily we can make it hip to be
Down with this mess with two MC's
f*ck what you heard we on some T.O.P.
I'm still DLB 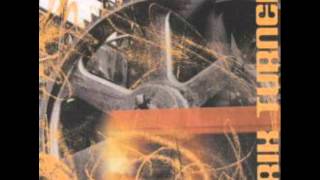