I met her accidentally in St. Paul (Minnesota)
And it tore me up ev'ry time I heard her drawl, Southern Drawl
Then I heard my dream was back downstream cavortin' in Davenport
And I followed you, Big River, when you called

Then you took me to St. Louis later on (down the river)
A freighter said she's been here but she's gone, boy, she's gone I found her trail in Memphis, but she just walked up the bluff
She raised a few eyebrows and then she went on down alone

Now, won't you batter down by Baton Rouge, River Queen, Roll it on
Take that woman on down to New Orleans, New Orleans
Go on, I've had enough, dump my blues down in the gulf
She loves you, Big River, more than me 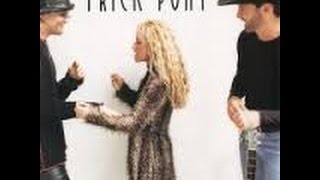