Don't be scared, represent it
Yo county, yo city
Who you know put Chevy's like this?
Candy paint and the trunk full of funk like this

Murder one, I'm killin' 'em
Got everybody watchin' but who gone stop me?
The vert game sowed up
Somebody tried some mo shit 'bout some ole shit

T Double done switched the game
Got niggaz slowin' down switchin' lanes
Chevy boys, we like it fast
So I drop at the low, heavy on the gas

Before you know it
He was haulin' ass
'Bout 145 on the digital dash
Dade County, gone ride

Now how you do a Chevy like that?
Had the car 3 years, ain't paint the bitch yet?
Get off ya ass and get paid
If ya ain't 'bout money you ain't from Dade

See this is strictly for the thugs
This the shit that'll get ya f*cked up
A little nigga wit a big ole car and a big ole bank
Shit, if it stank we don't dance

Worm, tell Will to send the dust
Get the ball wit no cut y'all catch me in the cut
This is strictly for the thugs
Dade County dub ride

Question, who the boy wit the itty bitty rims?
f*ck it, I don't care 'cuz I don't even see 'em
Dub ride, don't y'all forget it
If they got a problem wit it, tell 'em I said it

You know, I had to put shoes on her
So I put the 22's on her way to, Daytona
Magic City, donk back to back
Haulin' ass got there in two and a half

What's a man without a Chevrolet?
That's like ridin' in a donk in the trunk without funk in it
In Dade County, nigga that shit won't get it
Dumb nigga, you gotta put funk in it

Homeboy what's wrong wit cha?
Ridin' up to a nigga wit a Power Ranger engine
Now we gone race donk for donk
But if ya lose, Micky you got to ride in the trunk 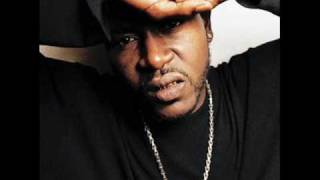