[Intro]
You know, like
The way this game's set up
It's really a lose for lose situation
Especially dealin' with the system
f*ck 'em
Ayy

[Verse]
They took my sister from me, I shoulda seen it comin' (Man)
We just wanted some money, same excuse everybody say
Unfortunately, that don't take the pain away (Uh uh)
My people say the 'caine came today (Uh oh)
I'm still stuck in my same old ways (I am)
Never settle for no minimum wage
The draft, 2018, Labor Day (f*ck)
Came up bumpin' Jeezy an' 'em (Jeezy)
It was just me and Sleaze and them (Sleaze)
Rode in Vics and Caprices with 'em (Skrt)
Girbaud jeans with the creases in 'em (Get it up)
Fourteen I got plugged in (White)
And all them niggas showed love then (Ha)
I only grew up around drug dealers (Yup)
Thought it was alright to sell drugs, money (Why not?)
Young nigga with some brick dreams (Hey)
I fell in love with the dope fiends (Hey)
There's somethin' about when that dope swings (Man)
Niggas throw that pistol on my codeine (f*ck 'em)
Real niggas potnas don't fight (Uh uh)
We got a problem with 'em, we gon' ride tonight (B-r-r-r)
Slung iron just to get these stripes
If we get caught, we gon' ride it out
Niggas bumpin', we'll find it out
Send a boom where they hidin' it (Boom)
Frank got fifty, rewind that (Uhh)
We ain't goin' for it 'til the time back
Chris died, nigga, Two-One cried
His mama cried, even Junior, too (Man)
Pee-Wee died, it's still on my mind
It's f*cked up, I miss my friend
Niffy died, there's Junior now
They all gettin' big
Got a pretty smile (Baby girl)
Nana good and your mama good
Oh yeah, lil' bro, you know Nisha (Hey)
Shout out to Kian, you a strong nigga (Man)
Ain't never seen nothin' wrong with ya (Nuh-uh)
Back in 2010 we was caged in
Ever since then, we been locked in
Money talk, nigga hundreds talk
I'd trade it all to see my brother walk
Man they wrong and appeal long
Stop playin' with my sister home
Chris back, man, I meant to kick it
Got some catchin' up, he done missed the shit (Mack)
Dro out on his best shit (Boom) He in LA now and just bullshittin'
Shout out to Doug, he done glowed up (Glowed up)
Man, lil' bro done growed up (Growed up)
All them chances, we done blowed up (Boom)
Matter of fact, bitch, hold the Rolly up (Hold it up)
Young money, the same clique (Young money)
DJ on that same shit
It's hard as hell to get him in the booth
He ain't a rapper, he a real shooter (B-r-r-r)
Eighteen, I'm floatin' up
I'm the same nigga put a hole in something (Straight)
No drive bys, do walk ups
I ain't shootin' it up if ain't nobody there
Iced up like a polar bear
I'm strapped up, be well aware (Yeah)
We were holdin' Glocks, no teddy bears
Foreign shoes, got a hundred pair
Marvin lost the kids, that's f*cked up (Man)
That baby mama ain't done nothin' (f*ck 'em)
He f*cked up, see it in his face
I told my fam, let God take it (Ayy man)
Yella up, what's poppin', bitch? (Yella)
That's on me, got the city lit
RIP nigga, C-Strug (RIP)
That's f*cked up, now they showin' love
Kiki with it, know Kiki with it (Kiki)
He went through what I went
And kicked it, nigga
To that nigga that shot 'em
We gon' catch up with ya (B-r-r-r)
Bust that nigga, need to catch up, nigga (Catch up)
Niggas talkin' but ain't sayin' shit
You ain't seen me, you ain't seen shit
Nigga, free Michael, nigga, free Ricky
Nigga, free Jewels, free the whole team
Like Tony say, I'm still lit (Still lit)
I ain't shit 'til my team lit (Team lit)
Used to wear that Moschin' shit
Couldn't tell me shit, they was some clean kicks
I'm the same nigga, I just bubbled up
If I see my nigga, I'ma dub him up (Dub 'em up)
My last show I bought all guns
If we got some problems, let's huddle up (Chopper city)
On paper's, got the heat again
Wish we could do the six pick again
I'ma real nigga so I don't get in
Everybody know we made history it
Niggas hate and some congratulate
Look at their faces, we done finally made it (Sucka)
I said a lot, but this shit get deeper
This a message for my people 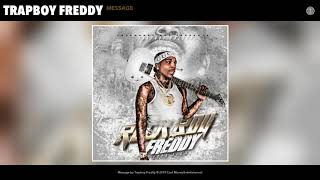