A gangrene infection oozes from the open veins.
No independent thoughts occuring in the old and tarnished brains.
Many frigid bodies are piled in this obscurity.
Here lies a large variety of decaying human beings. Forgotten and lost, you paid the cost with the price of your life.
Such putrid stench lingeres on that tragic canyonside.

Illusion.
Confusion.
Stare in dissolution.
Still in exageration with deep down devastation. Secluded in a state of sullen desperation.

Malignant memories lying there diseased.
Sorting through this wall of faces surrounding me.
But the souls just go on wasting with no such decency.
The disembowled ones show it off so god damn easily!
I look out to the sky crashing with the tide.
Waiting for the smash and to finally say goodbye. 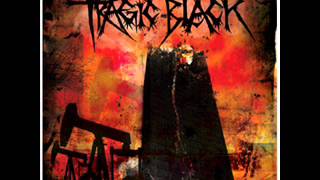 check amazon for The Lost Time mp3 download
these lyrics are submitted by musixmatch2
browse other artists under T:T2T3T4T5T6T7
Record Label(s): 2006 Strobelight Rec
Official lyrics by