Kelly The Boy From Killanne Lyrics

Kelly The Boy From Killanne Lyrics

Tell me who is the giant with the gold curling hair,
He who rides at the head of the band?
Seven feet is his height, with some inches to spare
And he looks like a king in command!
"Oh, me boys, that's the pride of the bold Shelmaliers,
"Mongst our greatest of heroes, a man!
Fling your beavers aloft and give three rousing cheers,
for John Kelly, the boy from Killanne!" Enniscorthy's in flames, and old Wexford is won,
And the Barrow tomorrow we cross.
On a hill o'er the town we have planted a gun
That will batter the gateways to Ross!
All the Forth men and Bargy men march over the heath
With brave Harvey to lead on the van;
But the foremost of all in that grim gap of death
Will be Kelly, the boy from Killanne!

But the gold sun of freedom grew darkened at Ross
And it set by the Slaney's red waves;
And poor Wexford, stript naked, hung high on a cross
With her heart pierced by traitors and slaves!
Glory O! Glory O! to her brave sons who died
For the cause of long-down-trodden man!
Glory O! to mount Leinster's own darling and pride:
Dauntless Kelly, the boy from Killanne!
Explain lyrics
Correct lyrics 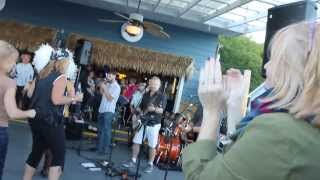 check amazon for Kelly The Boy From Killanne mp3 download
browse other artists under T:T2T3T4T5T6T7
Record Label(s): 1997 The Town Pants
Official lyrics by