[Verse 1: Tory Lanez]
And she don't f**k with niggas 'cause niggas is the reason
She got herself inside of this situation in the first place
Brooklyn Myrtle Ave. is her birth place
Facin' the city, quotin' Biggie on all her worst days
I used to take the train with her so none of these lames give her the danger
Of livin' from where she was at was a plain picture
I used to paint pictures on how we could gain riches together
Instead of listen, she just kinda blew me off
Paid it no mind, but it kind of just threw me off
I guess I figured, everybody wants riches and the cars
But she just wanted a better family because her parents divorced
Early, her papa, he was taken by the force
Mother on crack and she never had time to bathe her
'Stead she gave her to her uncle, her brother who played the saviour
Until the day he started datin' this chick
That had put him up on mad pills and f**kin' up mad bills
She told me that one night he had got so f**ked up
He fell asleep on his sofa, then woke up a new persona
And walked inside of her room and told her remove her clothing
And forcefully started chokin' her and tellin' her not to move
'Fore she could even finish, she broke out in tears and did it
Told me that for years, this night was a repetition, a feelin', a fear
That she couldn't seem exit or quit it, the feeling was there
Started talkin' lower and she told me come here
She said she had to make choices
So she got involved with niggas that make noise with them thangs, you feel
Ran off in her uncle's spot with the stainless steel
Put the burner to his face with this aim to kill
And said, she don't f**k with niggas, 'cause niggas is the reason
She got herself inside of this situation in the first place
Figured this intimidation was the worst case
She sat back and blew six in that boy face

[Verse 2: Tory Lanez]
He don't f**k with niggas 'cause niggas is the reason
He got himself inside of this situation in the first place
He had no father figure
He told me that his papa got shot in the face
And he can't wait to find out who his killer
He dedicated his life and now wants to know this
To find out who had a motive to kill his only father
He felt, it had to be somebody close
It couldn't be somebody far away that didn't know 'im
But take this part in
When he was younger, he used to roll with his cousin
The woman that used to show him the ropes
She used to tell him, don't ever let no nigga or woman touch you
And if somebody do, then all they would hear was the baka baka baka baka
One day, he was on the block rollin'
Then, this crack fiend woman came to him, told him
That she was his mother, man, that shit had him frozen
He ain't want to believe her 'til she said, "Boy, you got a birthmark above your scrotum
A scar up on your eye, came from when you was four, when you fell off in the road"
At that point, he looked at her face and he froze
She told him hold on, it's something she gotta show him
She says to him, "I was gon' wait until you got older
But something was on my mind, was pressin', I had to show you
The whole block know me and the whole block know you
The whole block been knew this story, but they ain't told you"
His mom says to him, "I hope you know your pap was a good man
But he just had some nonsense to him
Huh, well, one night, he's f**ked up on the pills
I'm tryna tell him stop, but everything I'm sayin' fails
You see, your lil' cousin in Brooklyn, where we would leave ya, uh
I know she love you, but the story's more deeper
Uh, you see, your father used to be a creeper
He used to f**k her, used to touch her, used to beat her
Used to leave her so confused she would lace her own coke and reefer
Wait, I know you wanna interrupt but this get deeper
You've been livin' this mission, you tryna figure who's the nigga
Or the perpetrator of killin' your pops, nigga
When your cousin is the reason, he got shot nigga
She put six shots in him out the Glock, nigga"
His anger was dwellin' all on his mind
He didn't know what to do, he started grippin' his 9
And uh, before he knew it, he aimed it up at his mom
And uh, *gun shots* he shot her right in his spine
He said, "This is why, my life has been full of lies
Don't nobody care for me, f**k it, what's the use in tryin'?
This Glock on my side, if I put it to my mind
I know that I'ma die, but in Heaven, I'd be alive"

[Verse 3: 50 Cent]
Stunt, get jumped on, slashed or dumped-on
Same block you pump on is the spot you get slumped on
Tory told me the story, it sounded a little crazy
A little Nas, a little 2Pac, Brenda's havin' a baby
How much pressure can you take 'fore you snap or break?
Love turn to hate? f**k shit or fake
Your next move may raise the murder rate
From average to savage, to semi-automatics
It's tragic how the static'll have us goin' at it 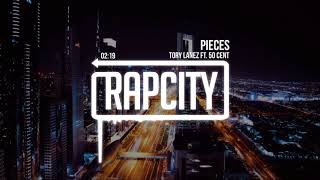