America The Ugly
Tom T. Hall
Rolling Mills Of Middletown Ain't Got The Time Back When The Old Homeplace Was New Back When Gas Was Thirty Cents A Gallon Another Town And I Love You So All You Want When You Please Adventures Of Linda Bohannon A Week In A Country Jail Man Who Hated Freckles
Official page Tom T. Hall wiki America The Ugly video Tom T. Hall twitter


There was a man, came to see the USA from a foreign land
To photograph the progress of dear old Uncle Sam
He got off the boat in New York, went down to the Bowery
I know what the man went to photograph and to see

There were hopeless, hungry living dead
Winos who sell their souls for a bottle of a cheapest red
That's the picture that he wanted
And that's what he got they say, America the ugly today

He went to the Appalachians and he saw what we all have seen
Where people live on bread and soup, fat back and pinto beans
He saw the hungry children and he photographed the ragged clothes
I guess we're gonna try to tell him that it ain't so

There were good men standin' around with nothing to do Pregnant young women who didn't even have a pair of shoes
The man got his pictures
And what are we going to say, "America the ugly today"

There were some folks, had plenty and some had none at all
The enemy knows when a heart gets hard, the country is bound to fall
If we get heads and hearts together we won't have to hear them say
"America the ugly today, America the ugly today"
Explain lyrics
Correct lyrics 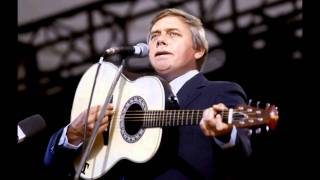