Wasn't That A Party Lyrics

Wasn't That A Party Lyrics


Could-a been the whisky, might-a been the gin.
Could-a been the three or four six packs, I don't know,
But won't you look at the mess I'm in?
A head like a football, I think I'm going to die.
But tell me, a-me oh, me oh my,
Wasn't that a Party?

Someone took a grapefruit, wore it like a hat.
I saw someone under my kitchen table, talking to an old
tomcat.
They were talking about football. The cat was talking
back,
Along about then everything went black.
Wasn't that a party

It sure it's just my memory,
Playing tricks on me,
but I believe I saw my buddy,
Sittin' up in my neighbours tree.

He was singin' a folk song;
Sounded pretty good. Woulda sounded better if his wife hadn't made such a
racket
Choppin' up my neighbor's wood.
It coulda been his wood pile.
It mighta been his door.
I know she musta got three or four,
But wasn't that a party?

Bill, and Joe and Tommy,
Went a little far.
They were sitting in the front yard,
Blowing on the siren,
Of somebody's police car.

And so you see, Your Honour,
It was all in fun.
That little bitty track meet down on main street,
Was just to see if the cops could run.
Well they run us down to see you,
In an alcoholic haze,
And I sure can use those thirty days.
But wasn't that a party? 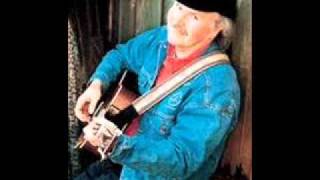