Yeah, let me break it down for every single doubter
You're afraid of what I'm doin', you're a coward
All your favorite rappers doin' downers and you make em' feel empowered
Till their fertilizin' soil pushin' flowers, yeah

What do Lil' Wayne, Rick Ross & 2 Chainz all have in common?
They make a livin' off gangster rap, but they all went to college
It's all just marketing strategy so you empty your wallet
Endorsing vodka to make a buck and make you alcoholics

They make you stupid with xanex, that make you broke with designers
They use the music to confuse the youth and influence minors
Isn't funny how these rappers went from fightin' the power
To buy a gun and sell some drugs in just a matter of hours
They turn the students to felons that just get fed to the system
'Cause there are people makin' fortunes off of privatized prisons
They objectify women till they're all that you crave
So you don't realize there's more to life than just gettin' laid

You think you're happy but you're really just so caught in the game
That you don't realize you're wasting all your money to play
They give your rappers wit' rainbow hair who wear clothes like your girlfriend
To emasculate the men who emulate all the urban trends
Got you wearin' pretty dresses and heels
And poppin' pills like you really know how the pressure can feel
Y'all er just some posers, dyin' for acceptance and exposure
Tryin' to be the rappers on the posters

All I hear is
"New chain, big house fast cars"
So boring!
And all of that is lies man, it's so corny

Death threats comin' every other day for me
But I don't believe a word, that shit is ghost stories

Hi my name is Tom MacDonald, welcome to the show
If you are easily offended then you probably should go
My resolution to losers who my new music is triggered
And just a million views on YouTube gets two big middle fingers

I don't apologize or comprise, I quantify the figures
Guess I'm optimized for makin' a killin' and gettin' but bigger
Had the fire all along, I needed fuel and a flicker
To light the fuse to the mixture of the rumors and liquor

They got nothin' else to do but try to cut me with scissors
But what's a blade to a building made out of iron and pillars,[1:50]
Go ahead and cry me a river, 'cause I've been dying to go swimmin' And I'm designed to find it funny when they wine 'cause I'm winnin'

I just tell the truth, it's up to you, too love or dismiss it
I'm just pointing out what I feel that the game has been missin'
And every time I open my mouth up you get offended
You say the talk is cheap, but then you act like it's expensive
You can't afford to speak your mind afraid to get rejected
By some strangers on the internet who's lives are all pathetic
I was surrounded by people who just pretend to be down
And then I blew up off of record, no one's friends with me now

I've realized that my potentials so intensely profound
That there was bound to be some haters gettin' caught in the crowd
I won't to apologize for anything I said or I'll say
If you're allergic to opinions, you should just walk away
Don't give a shit about your arguments and f*ck your complaints
I'd love to have you in my audience just know it isn't safe

There's a disconnect between the things you feel and what's said
'Cause you're afraid of what they'll think, so you don't say what you meant

If be true to myself means that I'll lose their respect
Then I'll stand my ground like both my feet are stuck in cement
I was raised to keep my feelings thoughts and words all consistent
If your censorin' your heart, then what's the reason for living
I don't need their approval to validate my position
And I don't need to be accepted, never asked for permission
They attacked me from behind and tried to silence the vision
Tried to kill me with fire and from the ashes I've risen
My motivation won't expire, I don't get tired I get driven
If they don't like it then they're not required to comment and listen
They just hide behind their keyboards, tryin' to find the ambition
To go make something of their life while they die for attention 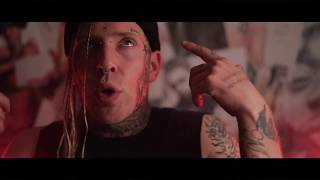 check amazon for Exposure mp3 download
these lyrics are submitted by itunes1
browse other artists under T:T2T3T4T5T6T7
Songwriter(s): Tom MacDonald