The young today, I must confess
Have lost the path of righteousness
By settling for something less
The smarty pants, they fail to see
The posture of morality
Is just like common currency
That's the way it works for me

These kids today, they have no pluck
Don't know the value of a buck
They think all politicians suck
But managing economies
Is one of my best qualities Especially to friends like these
I can favor the ones I please

The youth today, I must relate
Have not learned to appreciate
The pleasures of the city-state
They waste themselves on drugs and sex
And boogieing in discotheques
I'll take them by their bleach-blond necks
And conscript those I don't reject 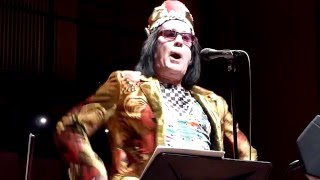