[Intro]
(It's my duty to inform you
That Honey Bunches of Oats is the greatest cereal
Ever created by man...
Mankind

[Verse I]
Quixote comma Don
Dine by the squatters dogs
Caught by the shaman's O well in
Bombin' the common grog
Over flood a levy, hope it soaks the berry roots
Reanimate the council of the topiary wolves
Move 'em out, raw hides
Stood his ground like a two headed hound with God's eyes
The botany's alive and rotten me
I'm Aesop, I lift the fertilizer bombs
Like water into the yawning of the skillful ivy arms
The chubbiest canary in the mind's overdoses
When the Canis lupus halitosis
Smells like guns and roses
Honestly the barking biter reek fully shit
Heed to recede to be eager to tip or be meet with a spit
Are you the singing bush? (Yep)
Spring the quid and minor keys
Ain't nothin a mechanic on the linus to the virus reigns tiger
Look, bring your bangers to brawl
And bring your bangers and mash home for all, it's raw
[Hook]
Into dust we go (still chewing gum)
Hair, gum, dirt, and snow
Into dust we go
Hair, Gum, dirt, and snow

[Verse II]
Let's go..
Coyote comma Wile E
Fighters never stand still
Chase birds, dodge pianos and falling anvils
Jaws snorting now and laters, apple, cherry, grape
With green grass roots to float the topiary apes
Any weather, the Macy's November with few tethers
We spotlight to the city like a Bambi eye collector Power Pill Fist, Donkey Kong, chess, check the gesture
Pine-cone avalanche hit the decker
Twenty wolves up, one down, what a town
Squirrels in the chimney too stubborn for puffin out
I'm on a record (Yep) can't say I blame the little bastards
Cause tonight's I'm gonna allow pass to the practice for the pacifist
Four children pad gather bloody flowers
To sprinkle on the human analog cadavers after
With no gorilla sign language break through for the moment
Just a pitfall harry for the clothes that no one owes you, bitch
[Hook]
Into dust we go
Dirt, gum, hair, and snow
Into dust we go (the f*ck am I on?)
Hair, gum, dirt, and snow

[Verse III]
Kenobi comma Ben
Mingled the common men
He had the fangs of Gengis Kahn, he had the heart of Gunga Din
Tobacco in the bleachers bright confetti everywhere (Weeee!)
To celebrate the influx of the topiary bears
And when they infiltrate the picnics with they limbs inside the honeycombs
They grub up to the oyster club for shadows of your sunny home
Nobody knows your troubles, your woes are holy rolling
Cause jungles won't discriminate when grossly ever growing
Every blow and every trolling butter bowing
Every soldier, every lawnmower, motorboats with bends insider their starter
We stock up on the 99 octane and DDT
Like Seymour's little shop in a moment of me, me, me
God damn, garden clubs are parkered up to share spare parts
It sucks for John Deere's and armored trucks
Pardon us, what you put (push?) the panic buttons for
This is not your parent's bio-organic war!
No
No, no, no
Explain lyrics
Correct lyrics 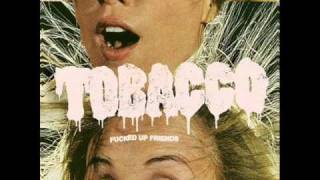