Now we're driving in de snow on our way to a show
I woke to see the van was out of control
Mass hysteria and a lot of drama It seem like de Toasters have lost their future
But!
Thanks to the blessing from the father up ahead
He heard every scream and every word that we said
So he guided up to safety so we weathered the storm
That's why we're here tonight to kick rumpus pus pon de
lawn

Everybody has a band which they rate as the best
Regardless of the music you can't dispute this
But some people miss the concept of two tone music
Its out to unite the massive not divide the races
But still some act childish and take no notice
Start fights, dis girls, and throw dem punches
You better check yourself before you step to dis
You better ask somebody I ain't no counterfeit
I said... 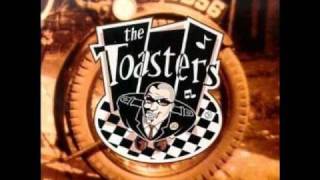