You hearin' rumors about me and now you panickin'
Knew I was wrong, but I just hate the way you handled it
Could've came to me and addressed it like a real nigga
You set me up and now it's hard for me to deal with you
You cheated on me so I cheated back out of spite
Been bringin' niggas to this crib nearly every night
Didn't mean to hurt you, but you left me hangin' for some years
I played you out and now you finally see how bad it feels
I would let you slide every time when you did your dirt
I asked you why and your reply's "I was off a Perc"
Been sippin' lean, takin' drugs since you moved to Vegas
We used to talk and now it's like we ain't communicatin'
You shut me out 'cause you embarrassed about all the games
I was the realest, but it's different now, the nigga changed
You seen me off a hunnid times and I never told
And as soon as I get in my bag, that's when niggas fold
I'ma make you feel it now, go 'head and take the bail
You actin' loyal, but on God, you ain't hold it down
And if I'm a thot then you a thot, that's the way it goes
You a snake and you upset 'cause this thing got exposed
I had to hide my deepest feelings when you let me down
Now the only way to be okay is if I mess around
I ain't gon' cry up in no Civic, I'ma go and get it (Go and get it)
You played a part in all this shit and you just can't admit it

You say I'm dead to you now and ain't no comin' back
You givin' me the run around, that ain't where it's at You playin' me like you the coach, time to switch it up (Switch it up)
I'm on some new shit right now and I don't give a f*ck

You know I probably would've flipped if I ain't hear the truth
I knew you had somebody else before I saw the proof
My intuition was on point, that's why I'm alone
Feel like you cheated just to see if I was really strong
I thought you knew me but you really don't know me at all
You done broke my heart, now I regret I even got involved
I don't want no nigga, if that nigga got a million hoes
You been on these bitches so don't worry 'bout who in my phone
I question your intent
You know my life, I'll be alright no matter who I'm with
Could've gave a warning when you felt the love's 'bout to fade
You hear I'm lit and now you pissed, throwin' all the shade
When I was with you, you ain't care enough to hit me back
I f*cked a nigga in Miami I met on the strip
I was in my feelings for a week, that's just how I am
Ain't nobody faithful, it just hit me like an F and N

You say I'm dead to you now and ain't no comin' back
You givin' me the run around, that ain't where it's at
You playin' me like you the coach, time to switch it up (Switch it up)
I'm on some new shit right now and I don't give a f*ck

I just find it funny how
Niggas put you through bullshit
All the hoes and the— the lies
As soon as you move on they find somethin' new
That's the problem
That's just what it is, huh?
Explain lyrics
Correct lyrics 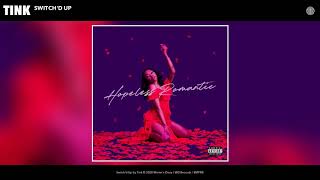