[Drake:]
I'm the f*ckin man, you don't get it do ya?
Type of money everybody acting like they knew ya
Go Uptown, New York City Biiitch
Some Spanish girls love me like I'm Aventura
Tell Uncle Luke I'm out in Miami too
Clubbing hard, f*ckin' women ain't much to do
Wrist blancpain, got a condo up in Biscayne
Still getting brain from a thang, ain't shit changed
How you feel? how you feel? how you feel?
Twenty five sittin' on 25 mil uhh 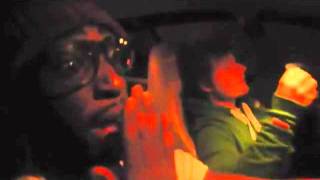 check amazon for The Motto Freestyle mp3 download
these lyrics are submitted by kaan
browse other artists under T:T2T3T4T5T6