Star In The Hood Lyrics

Star In The Hood Lyrics


Live
Hey, can they hear me out there man?
Strydes, ay look I'm focused man

Yeah, look
Check 1, 2, all my guys, can you hear?
The wait over, I'm finally here
Prince of grime, look I rhyme with flare
E3 Bow, you're finding me there
Ruff Sqwad hate up the mandem are they
And I'm live up, live up so hear me there
Ain't seen Dyl for about two years
Now still can't get diss Dizzee Ras when I'm 'ere
When the music doe ain't coming too fast
And we're bring that scales, bringing that bags
Break it down, now we're weighing up grams
Gimme two secs, deals, bags
Music first, I'm the one with words
Like Wiley younger, I move in first
I'm a Ghanian, yep
G-town rep
Your girl told me I'm charming, yep
And I've woken up, yep, woken up
Mainstream doors keep opening up
And they're feigning for more so I'm loading 'em up
Feels like crack so I'm coking 'em up Golden boy like I shine, it's a lot
And I titled mine, still holding it up
He's hype, he's mouth, he's opening up
So we E3 shank shank, open him up
Illegal doe, still folding 'em up
Boost in Rizla's, rolling 'em up
The whip's all hazy, I'm toking 'em up
And I'm on Cloud 9, f*ck sobering up
Split like a knife, I'm coking up
Straight to the next, still choking 'em up
Deals on the plate so we hearing 'em out
If the paper's right we're closing 'em up like bang 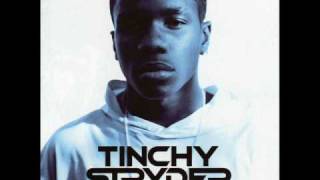