[Verse 1]
Uh, see I could've been a baller, hat-trick a game
Football could've been my lane
Tick-tock baller, music change
Far from the size of my name
Call me a baller, top is the aim
Jump up, leap on the game
Cloud 9 diver, I stays on my feet
This girl claims I'm a cheat
Your girl high-fived her, they don't understand us
We've got the latest, came on the night bus
They're not nothing like me, nothing like us
Yeah, we know it's okay, you don't like us
Don't mind me, I'm just abusing my powers
Facing the truth, got her loose on the cowards
Raising my voice on the roof of the towers
Telling in minutes, not hours, cause we're

[Hook]
Uh, see I could've been a baller, hat-trick a game
Tick-tock baller, music change
Call me a baller, top is the aim Cloud 9 diver, cloud 9 skyliner, that's right so I stand up taller

[Verse 2]
Had a couple of laws, you know
Couple missed calls and a couple of doors, you know
Had affairs with celebs, suppose you know
Snap snap, paps flash, I'll strike a pose
And it doesn't make sense
Tryna show love but you're looking all tense
Misunderstood like we're never taught sense
f*ck sitting on the wall, and I'm over that fence
Now listen to my rap
Facing the truth, f*ck standing behind that
Check 1, 2, flow, turn up the hi hat
Like that, yep, now I can say dat
Please believe in your word
Speak up or you won't get heard
Tell him to trill, observe
Me, you, him or her, we all feel 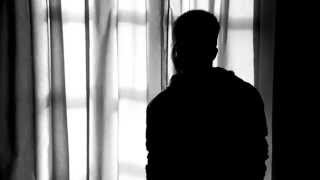 check amazon for Misunderstood mp3 download
these lyrics are submitted by BURKUL4
browse other artists under T:T2T3T4
Record Label(s): 2014 Cloud 9
Official lyrics by