Total views: 0 times this weekAlbum: You Don't Have to Be Blood to Be Family / Original Release Date: 2001-01-30Genre: AlternativeSong Duration: 3 min 02 sec


If I look you in the eyes and they blink and look away, then maybe you and I got some other shit to say. Don't speak, don't think, just shut your f*cking mouth and another thing, can you trust me? Don't speak, don't think, my image of you just fades away, GO! CAN YOU TRUST ME? CAN I TRUST YOU? No. So much trust, I must have, in you. Paint that picture and watch it fade so far away pick that pocket, strip it clean, now you're nothing to me. f*ck. Move that shit.
Explain lyrics
Correct lyrics 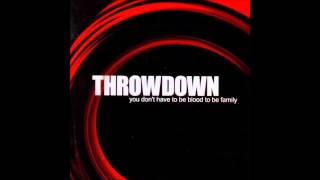