[Verse One]
Niggaz think that I need 'em, I'm the one that feed 'em
I'm the one that lead 'em, I'm the one that freed 'em
Nothin can subtract from me I make a hundred thousand daily
Niggaz thinkin that they hurtin me, I'm the one that's payin me
This ain't one man to grow on, real niggaz keep this in mind
Never cash yo' pearls from off these snakes, and these f*ckin swines
Show less than necessary, keep these fakers off in the dark
Half off these niggaz ain't happy for ya, over half wanna see you robbed Try to get yo' hook up, course you have to get your connect
They ain't heard of the word love, they ain't heard of the word respect
Never let 'em know what'chu got, don't work with friends, use enemies
Bitch you wanna be me? Hoe don't play me

[Verse Two]
You actin like you hard, and you say what you done robbed (hell naw!)
You say you from the hood, and you claimin all the parts (hell naw!)
I heard you sold a little dope but then I heard you didn't (hell naw!)
I know you on the dog food, cause that's why you was itchin (hell naw!)
They say you just a lil' bitch, a look can be deceivin (hell naw!)
They say you carry a big gun, but I don't believe that either (hell naw!)
And every girl you talk you make as if you knocked it up (hell naw!)
Is you 16 on down, nigga what the f*ck? (Naw!)
I know you gotta make some ends, lie and shit to impress your friends
Say you own a big boy Benz, did 20 years in pen
Flaugin like you own own, flaugin cause you known known
Don't you know I'm grown grown, and I crack yo' dome dome 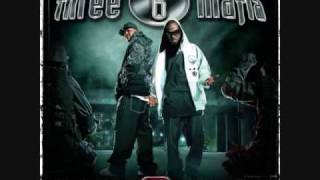