Yeah yeah yeah it's goin down
I need to think of somethin else new to say man
I always say yeah yeah yeah it's goin down
(Can you hear me in the background?)
Juicy J in the back smokin on a sack drinkin 'gnac
(Yo) Y'knahmsayin? It's goin down
(Can they hear me out there?) Yeah they can hear you
(Can y'all hear me?) Can y'all hear him? (f*ck Y'ALL! Hahaha)
He says f*ck y'all (f*ck you every motherf*cker)
No, that's bad, we love y'all fans
Look, it's goin down, you've just witnessed (YEAH!)
I need to think of somethin else to say right there too man (BITCHES!)
I always say witnessed, or you've just heard
I need to think of somethin else, but look
You've just listened slash heard
The new Three 6 Mafia album, the "Last 2 Walk"
It's been years in the makin
When you think about it we always take a couple years
to bring an album out
This album was jam-this album IS jammed like a motherf*cker
And it was worth the wait, I'm sure you love it (HEY!)
Youknahmsayin? It's goin down
In stores now we got Frayser Boy, the new Frayser Boy album "The Key"
Y'knahmsayin? (The KEYYYYYYYYYYYYYYYYYYYYY)
And we got Project Pat, "Walkin Bank Roll" new album (walkin bank roll)
Lil' Wyte, "One and Only" (yo)
And uhh "Adventures in Hollyhood" DVD
A lot of y'all didn't know that was out man
But it's in stores right now
You can go to Best Buy and some mo' spots, and get it
You can even go on BestBuy.com, you can go Target (Blockbuster)
Blockbuster (umm) wherever (corner store)
Corner store, that probably a bootleg though
Also Project Pat "What You Starin At - The Mixtape"
[burps] is in stores right now, I had to get that out
Comin up next, we got a DJ Paul and Juicy J solo albums man
No the group not breakin up but we need extra money for our HABITS
(We got a mortgage to do you BEOTCH!) Got mortgages, extra habit and rent money
I still live in an apartment (we got mortgage, mortgage is due)
We got a new H.C.P. Hypnotize Camp Posse with a whole new crew
And all that is goin down y'knahmsayin
for all these fake posses tryin to copy it's goin down
We got the new Lil' Wyte album, "Credit Where Credit Is Due" y'knahmsayin?
We got the new Young D album,
new artist up out of Memphis man it's goin down
Young D, y'knahmsayin, you can check him out on our...
MySpace and our website and all that too (our MySpace)
We got the new album from the lil' homey, Chrome y'knahmsayin?
Chrome stay out of jail man be around when your album come out
Check it out, we got another album from Project Pat droppin y'knahmsayin
(YESSIR) Man we fin' to kill this year 2000... what year are we in?
(Ay we got "Cashin' Checks" too!)
"Cashin' Checks" man, we're still gonna bring out "Cashin Checks" man
Whether it's a mixtape or a whole album, but we gonna bring it out
(We gonna bring that bitch out, nappy headed hoe!)
This 2008 right? We fin' to take over this 2008, 2009 thang man
It's goin down man
We got so much shit we fin' to hit y'all with you ain't gon' believe it
(f*ck that shit!)
I cain't even tell you everythang right now
(you close your motherf*ckin ass)
New movies, new motherf*ckin everythang
Did you close your motherf*ckin ass?
(DID YOU CLOSE YO' MOTHERf*ckIN ASS?)
WELL YOU CLOSE YO' MOTHERf*ckIN ASS [laughing]
I've been drinking {BUT I AIN'T BEEN MOTHERf*ckIN DRIVIN} beotch!
It's goin down, Hypnotize Camp Posse, Mafi-UHH
(Do not drink and drive just kill yourself and shut the f*ck up!)
(I didn't say SHUTTHEf*ckUP I said shut the f*ck up!)
SHUT THE f*ck UP!
(Shut it! Stop the tape motherf*cker you nappy headed...)
Stop the tape motherf*cker! 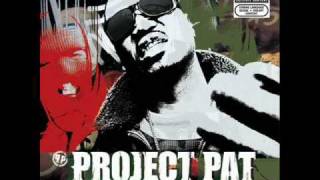