Used To Be Lyrics

Used To Be Lyrics

You used to strip for a nigga
Now you ain't got nothing but lip for a nigga
Halfway decent for me, but you dress up for your girlfriends?
Listening to what they say god your ass without a husband
Put you in a Benz, you did everything to get me
Ain't did nothing since but keep talking about what it should be
Car note, daycare, paid all the f*cking rent
Know you wanna run the world
But first, try running this
But ya'll don't hear me, oh, oh, oh

[Verse 2: The Dream]
You used to be so sweet
But now you act bitter
And just so I don't hear that shit, I drown my liver in this liquor
You used to be like this man
You used to be my best friend
Now all you do is judge me
And scream out f*ck me, but don't f*ck me Ohhh, hell to the no!
Now I'm all up in the clubs
Now I'm all up in the mall
Now you in my cell phone screaming "who's this bitch? "
She's just a friend, yeah that's it
And now you wanna trip, ain't that some shit?
Yesterday you didn't give a f*ck, now you asking where I been
And you hating on every girl that walk by
Talking about "where she think she going in that outfit? "
She don't even love me, she loves the competition
Every man out there: I hope you're listening
Can I be honest?
Can I be motherf*cking honest? 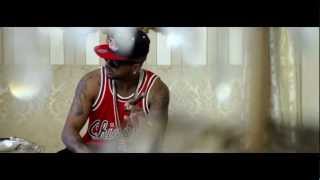