[Mr. Mike]
With Mr. Gun-Clapper blast, who got murder for that killer slash
Thug rapper, as these niggas begin to come after
Me in the middle of the night
Is it Mr. Mike or did I change my name to Victor
In the middle of the fight
Quiet, shh, on the set, light up ya blunts and cigarettes
The richer G's get, the bitcher these niggas
My picture gets painted like Leonardo de Vinci, fully of envy
Texas was the spot niggas got shot and f*cked ya memories
Send me the flyest MC that's tryin' to see
And Suave come pound, they got hung, broke down to the highest degree
Well I be, the bitch wanna f*ck Mike for free
Either slide me a G or get the f*ck up out my ride see
My oozy weighs a ton, when you niggas see me run
Got game to f*ck a nun, blame my gun
I leave you shakin' son of a bitch, I'm rich
I'm quick to hit chu' up (Nigga)
It's them strange motherf*ckers that don't give a f*ck

[Crime Boss]
I was born and brought up where these streets be the key
Erasin' suspicious and heartless niggas on the streets
Some live in poverty, even though a nigga be slangin' dope
And dodgin' the Feds cause them bastards want me broke Back flashes of prison, for ninety days I'm doin' bad
No money for books so every day I'm livin' mad
Born to be tough through all these miseries and pain
Standin' strong through these struggles of this deadly game
Visions of body bags and my homies closed caskets
Illusions of prison and pistols pressures that I blastin'
I'm out to live with no time to play
I got the tendencies to kill in relentless ways
Straight up, cause life is a trick bitch, if you weep and reek
You stuck outta luck, seekin' for relief
Too much destruction, they claim we gotta make a change
So much trouble between each other cause ya ghetto life is strange

[Tela]
Philosophically, psychologically ya fixin' to be f*cked
We goin' on this ride and ya bitch I'm gon' seduct
Nigga what, do I give a...
Ask the mound killer
Faces I remember they say dump him in the river
New Year's Eve 1999 nigga
Virtual reality, galaxy gettin' slicker
Me and Crime Boss and a nigga named Mister
Mike to a flight, had some glitz to deliver
Headed back to the Suave castle
I had to wrestle with this transvestite who had a dick like a lasso
In this castle was a midget with banana clippin'
Bootleg sniffin' or Mr. Mike'll f*ckin' wicked
Ways infared waves hit his f*ckin' chest
Blew his ass to bits, particles of green shit
It really goes to show ya that shit ain't changed
In year 2000 life still be strange 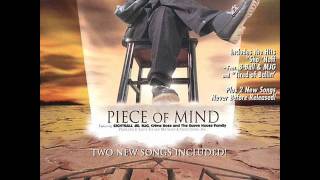