Cries of anarchy, cries of freedom
Cries of fury in the United Kingdom
Started out loud, started out young
Started out poor and just for fun
Tales of youth fighting back
Just another load of crap
The clothes you wear have lost their sting
So's the fury in the songs you sing
Walking with a goose-step, rose up high
Making sure you're seen in the public eye You're acting mean, you're acting tough
You shoud have been happy with just enough
A loaded pistol at your head
You won't be satisfied 'til you're dead
Playing your game, apparent cheap thrills
An image to live by, an image that kills
There goes your fury, out the door
Don't expect our respect anymore
Explain lyrics
Correct lyrics 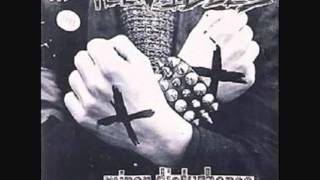