[Verse]
We bout to go to the strip club
Throw the ones, bring the guns
Let all the hoes have some fun
My phone got too many methods
Siri gave me wrong directions
f*cked a white bitch, think I'm One Direction
Life a movie, I don't gotta director
Caught a body, shaved my leg
Shaved my head, shaking my head
My mans ran off, this shit's so crazy
It was only 20 dollars and a nigga ain't pay me
Give a zip back to my weed man cause it's shaky
Freak bitch twerkin' in the club gon' shake it
Police ask how much I makin'
Played it like I'm deaf, I can't hear y'all
No scale, I got this eyeball
Shot a couple bullets, one hit him in his eyeball
They was hoggin' for a minute now it's my ball
Imma pass to my team like John Wall
I ain't hearin' niggas like I'm talkin' to a brick wall
So many blues on me nigga I could prolly crip walk
I was in the gang, soon as the tip off
That nigga was a lame, soon as he came out
Go get my mixtape, soon as it come out
Imma get some duct tape, cover up a nigga mouth Or a garbage bag, or a wet rag
Which one should I use? I don't even know
Got a new bank account, bout to drop 24
How you livin' with ya momma boy, and you 24
Get yourself together, you gotta do better
Even when I get a bill nigga I won't even settle
Built a gun out of old constructed metal
Then that bitch jammed (Then that bitch jammed)
I was like, "Damn!" (I was like "Damn!")
People know I scam, but how can you be surprised
She brung the wrong condom size
She can see the look in my eyes
That I'm mad as f*ck
I was like, "Damn, how you do that"
I be swipin' it like, "Damn, how you do that"
Shit, I don't know, it just came to me
Call Telegram, you can do it yourself
When I was f*cked up in the hood
They ain't come and check on me
Now I got a check on me
Just had sex with a grown woman
But she ain't get no money
She got card numbers
Then she texted me and said they declined
And I did it on purpose bitch it's your fault
Then I drove off 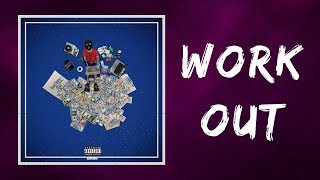