[Intro: Tee Grizzley and Ty Dolla $ign]
(Hit-Boy)
Had to take my jewelry off for this shit, man
Na, na-na, na-na
Had to take my money out my pocket and everything, before I even start rappin'
Ooh yeah
Just so I get that feel again, you know what I'm sayin'?
Na, na-na, na-na, na
Back to that grind, that hunger
Not like everybody else that's rich (Ooh-wee)

[Verse: Tee Grizzley and Ty Dolla $ign]
The last shit I dropped was some industry songs I thought was gon' be lit
Now I know if I keep doin' that, I ain't gon' be shit (I tried it)
I can't make that shit y'all hear from Drake and them
The people that relate to me do not relate to Taylor Swift (Uh-uh)
So I apologize (Apologize)
For comin' to the studio and seein' dollar signs (Dollar signs)
Instead of bein' real with y'all, like how I'm traumatized (Traumatized)
The shit that happened to jb hit me so hard, it made my mama cry (Damn)
Speakin' of my mama, yeah, she still got a lot of time (Uh-huh)
Lost my great granny, we knew she was almost out of time
I ain't cut them niggas off for nothin', they was out of line
Niggas rappers 'til the feds have 'em singin' like Ty Dolla $ign, ayy (Ooh yeah)
I ain't no rapper, I'm an artist
Ain't in and out of jail, so I gotta be the smartest
Plus I'm seasoned like Lawry's
Put the guns down from my past, now I'm a target
Had to pick the guns back up case they start sparking (Boom)
Real peace, I'm tryna get closer to it
I can't find that in money 'cause I be blowin' through it
Free my commissary niggas and that bitch goin' through it
Few M's in cash, bet you can't get to know me for it (Uh-huh)
The real side of me (Real side), it's a broke me (Yeah)
And the rich me owe him an apology
Really I hit the lottery (I did)
And instead of being grateful, I just see people winnin' and let it bother me (I did)
Kylie made a billion, I'm failin' in life, I gotta be
She younger than me, so I'm 'posed to have more money logically
Then I start thinkin' like that shit don't apply to me
Kylie Jenner came from millions, I come from poverty (Come from poverty) Anybody born into money, they supposed to
You was gon' be dead at twenty, that's what they told you (That's what they said)
But instead you got rich and f*cked all the hoes that hoed you (All of 'em)
Now it's time to make sure you don't go back to the old you (No, you can't)
Now I understand (I understand)
I'm me, so I ain't nothin' like no other man (Tee Grizzley)
When they was buyin' 'fits and never wearin' clothes twice
I was at auntie house, tellin' Lau', "Give me everything you don't like"
What I got in common with these other rappers? Nothin', nigga (Nothin')
They make theyselves feel real by hangin' with bummy niggas
Pull up to the trenches, take some pictures, let 'em clutch the blicky
That's why I be irritated when I gotta f*ck with niggas (On my mama)
I'ma tell you the truth (Man, the truth)
They lettin' niggas get some money, all that other shit is through
I got bitches, got my niggas, I got millions in the stu'
Trade my mansion for a cell over some clout, boy, would you? (Boy)
But let you tell it, you quick to blast, gon' flip his ass
Life in prison, no more p*ssy, only nigga ass (That's it)
Only six packs (That's it), only calf muscle (That's all)
Them niggas ain't tryna make love, they 'bout to wrap somethin'
That shit funny, but it's true
Better grow a brain 'fore it be you ('Fore it be you)
Better think 'fore you try to be cool (Tryna be cool, nigga)
Better look for some cameras before you shoot
I was that nigga before I had the cash (Yeah)
In the club with my bitch, still grabbin' ass (Come here)
God told me, "Son, I'm not sendin' you to Hell"
Even though I killed whoever caught 'em when I threw them shells (Amen)
Don't let this go over your head
I wouldn't've told on nobody and I wasn't goin' to jail, nigga (You hear me?)
Don't let this go over your head
I wasn't tellin' on nobody and I wasn't goin' to jail, nigga 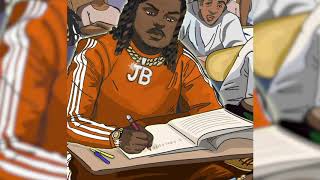 check amazon for I Apologize mp3 download
these lyrics are submitted by BURKUL4
Record Label(s): 2020 300 Entertainment