[Verse]
I just bought the new Mercedes just to get from a to B
I did shit they can't believe, that's why they hate on me
Really from the streets, made a way to eat, bitch, make way for me
I don't give a f*ck what y'all be doing, just don't play with me
Last thing on my mind is these p*ssy boys
Last thing you would see me chasing is some p*ssy, boy
In the club in the back, 30 in my hoodie, boy
This bitch sound like "grrah," this bitch a fully, boy
Jackin' off my pockets just to make this money come
I was young walkin' to the store for just a honey bun
Then going to the trap, seeing unc' that was on the run
With a hundred drum, rest in peace, he was a one of one
Beating niggas up for lil' bro, you better not f*ck with him
Granny took my bb gun, she ain't know I had another one
Walked to the [?] store and brought my little brother one
He took it to school, I'm like, "Bro, why is you so f*cking dumb?"
'Cause he got caught with it
But I took that on the chin 'cause we was taught different
I ain't never sold my soul but I bought niggas
I know niggas that ain't played basketball but they cross niggas, ayy We ain't wanted to be known, we just wanted to be on
Thought the industry was full of real niggas, I was wrong
They was tryna get the throne, we was tryna get the gold
We was chasing down our goals, they was chasing down the hoes
Nigga, where they at, where they at?
Niggas talking 'bout reach back, if I reach back, you gon' get slapped
With a stack on your head, now you whacked
Got that mac on my lap, fully of lead, ratatat
Talking to some young niggas, juvenile where they at
Like, don't look up to these niggas, man, these niggas full of cap
Talking to some other young niggas, prison where they at
Stay solid, never rat, the real always make it back nigga
Make sure that shit you say reflect on how you act
Make sure you ain't never content with where you at
You ain't gon' rich if you don't learn how to stack
Just listen to me, you gon' pass 'em up like that, ayy
Quit hanging 'round them niggas, tell 'em you'll be right back
Just listen to me, you gon' pass them niggas up like that
Quit hanging 'round them niggas, tell 'em you'll be right back
Just listen to me, you gon' pass them niggas up like that (Gone)
Explain lyrics
Correct lyrics 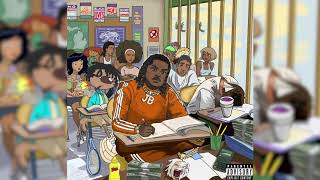